Alastair and Hazel lived in Aston and were part of the church from 1986-1996 prior to moving away first to Botley and then to Witney, returning ‘home’ to live once again in Aston from August 2019.

Alastair is Vice Principal of d’Overbroeck’s School in Oxford and Hazel, having been SENCO at the King’s School, Witney for a number of years, is now embarking on a new career as a maths and literacy tutor. They have three adult sons, two daughters-in-law and three grandchildren.

They both attended King’s Bible College in Vancouver in 1983-84 and have been involved in church leadership in one way or another for many years. Alastair and Hazel  have been leading the church here in Aston since September 2018. 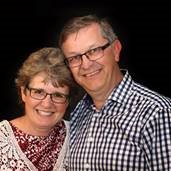 Steve and Kathy Neal moved to Aston from Oxford in 2006 to be part of Aston & Cote Community Church. Steve is an accountant based in Summertown; Kathy is a former banker and teacher who currently works as a finance officer. They both enjoy the activities on offer in the village: for Steve, the cycling club, ACTS and the Community Trust committee; Kathy is an active member of the Badminton club and also tries to keep fit on runs around the village. Along with other volunteers, they run Chillax, our monthly youth club.

Gill and Andrew have lived in Aston since 1987. They met when they were teaching in Aylesbury, in the same school initially. Shortly after moving to the village Gill became the local postmistress, a job which she enjoyed for the next 25 years. She loves being involved in village activities and is currently president of the W.I. She has been known to tread the boards with the local drama group and is treasurer of the Aston History Group.

Andrew is also involved with the history group and is joint editor of Voices, the village newsletter. He also dabbles in antiques and regularly sells at local antiques fairs, when not attending to his garden.

Gill and Andrew are very happy in Aston and enjoy being part of the wonderful community. 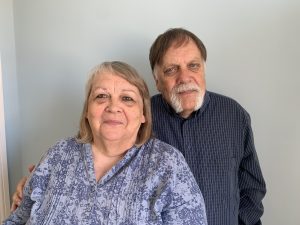